Should all the men be imprisoned?

In relation to my recent post, The language of oppression, I had someone send me a link to a news item about yet another woman dying from domestic violence: ‘Road rage’ did not kill Tara Brown. A woman in Queensland, Australia, was killed by her partner. She was one of 3 women killed by their partners in QLD over the past couple of weeks. It's tragic. 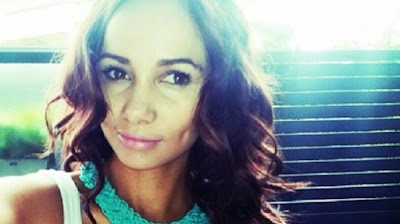 The person who left this link is a friend of mine, and Tara Brown was related to them, so I couldn't just ignore this. As I also said in my post about the language of oppression: "No matter what I do to move on or avoid it or stop thinking about social injustice and equality, something new happens and I’m drawn back..."

I can't get away from issues relating to gender-based discussions of violence, sexism, discrimination, etc, because it's become such an inherent part of our society to blame all men for the ails of all women.

On this topic of domestic violence, because of the 3 women killed in QLD recently, there's been a lot of discussion in the media and online, and a lot of knee-jerk reactions put forward. I've been watching public discussions on various websites and online forums. While there are many who sensibly state that it's an issue that needs investigating, there are also statements which trouble me, but is increasingly becoming part of popular opinion.


"What on earth is wrong with MEN... It is so time for the system to get really tough on these aggressive males... They need to be locked up, for long periods, as soon as they make any threat at all. Why should any woman be living in fear."

Because the men don't matter, of course, and it doesn't matter that men might live in fear either, particularly of such draconian and fascist calls to lock up men just so no woman has to live in fear.

There's a general mood amongst many - mostly women, but also their 'white knight' and 'beta orbiter' supporters - who are calling for something more drastic to be done to save women's lives (not to mention their feelings). The mood seems to be that any woman who reports to the police that they 'fear for their life' should have the police immediately arrest their male partner. Forget about any investigation or evidence, just lock the men up based solely on a woman's complaint.

That wouldn't be abused by angry women at all, right?

There's around 240,000 reports of domestic violence (DV) received by the police each year throughout Australia (it's unknown how many are caused by men or by women), with about 50 woman dying from DV during the same time. Considering that men make up a third of domestic violence deaths, let's make a huge assumption and say that men also make a third of the DV complaints to police (unlikely, since most men know their complaints will be ignored anyway). So that leaves 160,000 DV complaints made by women, with 50 of them dying from it, which gives us a 1 in 3,200 ratio (0.03% chance) of a woman dying from DV. And that's a very generous estimate.

With DV affecting men at the rate of 1 in 3, equalling about 16 men killed by women each year (compared to 50 women killed by men), this means men have a 0.02% chance of dying from domestic violence compared to women's 0.03%.

But if such a new law was in place to imprison men based on women's complaints about fearing for their life, we would have 160,000 men imprisoned for potential crimes each year that fatally affect only 50 women.

If 50 women were killed by 50 men, is it therefore reasonable to call for the imprisonment of 159,950 men each year for crimes they never committed, simply because the remaining 159,950 women who contacted police 'feared for their lives'?