You're probably one of those who think that radical feminism is only a fringe movement, and not actually part of the mainstream feminist movement. But it was radical feminism in the 1970's that changed society in order to achieve equality for women, and it's radical feminism today which continues to be vocal and active about the changes it wants to see in society. 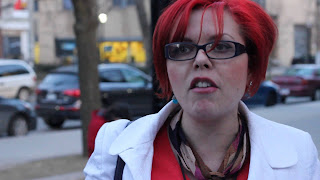 Let's go through a few items of interest relating to radical feminism in our society today....

It's radical feminism that demands more funding for women's health and victims of violence while minimising and excluding men's issues and victimisation. And they get the funding and attention, while men get very little or nothing.

It's radical feminism that continues the discussion about the gender pay gap while ignoring the facts relating to the different lifestyle choices that women make that have an impact on their pay.

It's radical feminism that wants more women as high-paying CEOs and on the boards of directors while ignoring the gender inequality in lower paying jobs like janitors and industrial workers.

It's radical feminism that is changing the laws to ensure consensual sex is re-defined as rape if the woman decides to change her mind about it at any time afterwards, while also demanding that a woman's claim of rape be never questioned. Men should be considered guilty without any investigation needed.

Accordingly, it's radical feminism that is forcing American university campuses to require consent forms be signed by women before they engage in any sexual interaction with men.

It's radical feminism that is also forcing American university campuses to set up 'safe places' for women to retreat to that allows them to avoid hearing words or concepts that violate their deeply held beliefs and attitudes. It's empowering women to become whimpering babies, demanding to never be challenged in life.

It's radical feminism that is changing the social landscape so that all men are to be held under suspicion as sexual criminals, warranting arrest or investigation for any male-female interaction that a woman doesn't initiate herself. It's creating a gender-based caste system where women should never be approached by men, and only women should have the right to initiate interactions with men.

It's radical feminism that has convinced airlines to treat all men as potential paedophiles and create policies that automatically criminalise men by ensuring that unaccompanied children are never seated next to men, only women.

It's radical feminism that has influenced society to see all male interactions with children as being criminal in behaviour and should be followed up with the full force of the law. Not to mention shaming on social media for daring to interact with children.

I could go on and on and on, but you know what I'm talking about.