The inconsistencies of feminist demands

I’m an egalitarian, which means I believe in equality. It’s also why I’m very much an anti-feminist, because there’s nothing equal about what they want, and every time they open their mouths all that comes out is lies to further their idiot agenda, and abuse towards anyone that disagrees with them, women included. Not to mention their attempts to make it a crime simply to criticise feminism. 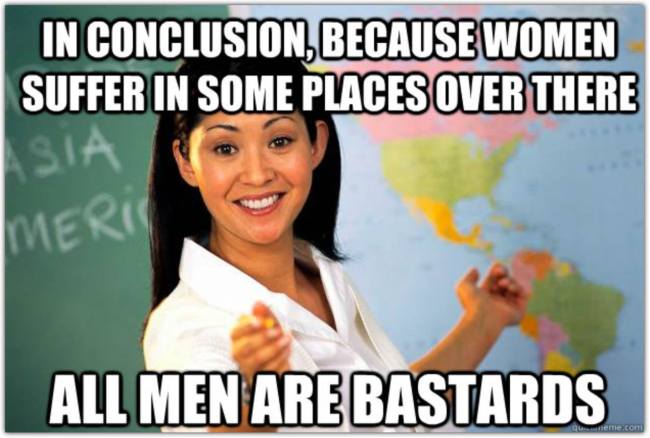