30 reasons why Feminists are called Feminazis

There's a reason why feminists are often called 'feminazis'. It's because their attitudes and actions and desires are very much the same as the Nazis from the late 1930's. Both feminists and Nazis:

Back in 2005, the Australian government of Victoria abolished provocation as a defence for men who were provoked into fits of rage that resulted in the murder of their female partner, having them convicted of murder instead of manslaughter, but introduced new laws that would convict a woman of manslaughter if she killed her male partner - as long as she claimed it was self defence, even if there was no imminent threat.

Huge example of sexism against males

From Egalitarianism is equality:

I’ve applied for many.

I’ve worked with children. I teach children to play music both in private and classroom settings. I’ve worked in Sunday School. I’m pretty qualified to watch over children. I suppose I could keep my cpr certification a little more updated, but other than that I am just as capable a candidate as any female. 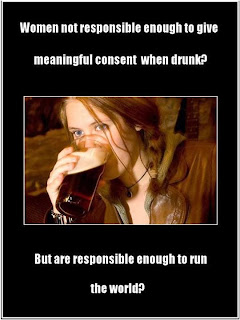 The kind of feminism I oppose

I really should clarify what exactly I mean when I say I oppose feminism, because I know there are many people out there who might wonder exactly what I oppose about it. Simply, I oppose any feminist who feels that 'equality' needs to be achieved at the expense of men and boys, and who does nothing to oppose 'radical feminism'.